Disable the NSFW warnings that refer to content considered inappropriate in the workplace (Not Suitable For Work).

As we speak tech mogul Apple has just closed a deal close to $100million to acquire a game-changing music analytics firm known as Asaii. This comes barely a month after Apple acquire music recognition startup, Shazam.  Now if you are a good forecaster you can tell that the company wants to use both algorithms to enhance their own music streaming app iTunes. Asaii was developed by the very best of engineers, some of whom have worked for Facebook Uber and Yelp. The startup had just begun gaining some breakthrough in the music domain competing quite well against the likes of Sodatone.

Axios revealed that the deal to buy the music analytics firm did not go beyond the $100million mark. It’s major competitor Sodatone was acquired by Warner Music Group in March 2018.  Apple intends to use the analytics algorithm under Asaii to monitor the growth trend of new and upcoming artists. The powerful analysis system can be used to compile a lot of helpful data for musicians. This data is instrumental when planning tours and marketing campaigns. More often than not, such acquisitions often end up making billions in profits for companies that buy them. As it stands, Asaii and Shazam are potentially worth billions if correctly integrated into a system like Apple music. 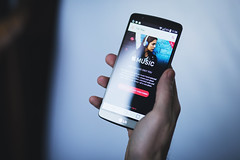 The best guess on where the analytics algorithm will be applied in Apple Music is to recommend relevant music to users. This is based on their previous uses and preferences. This is not the first time that such technology has been used on a music streaming platform. Spotify, for instance, runs Daily Mix under its engine to recommend music to listeners. The company also has a Discover Weekly Utility which is similar to that in Asaii dashboard.  The utility recommends music to listeners based on weekly performances. With the major tech integrations that are happening in the world of music, we can only expect the best. As Asaii puts it, their algorithm can discover artists “10 weeks to a year” before they emerge at the top of the chart. This is probably how we can discover the next Justin Bieber early enough.

CroonZone was built for the love of music. Talk to our team by sending an email to [email protected]

All material published on this website is copyrighted unless stated otherwise.

Great minds at work
Back to Top
Close
close