Disable the NSFW warnings that refer to content considered inappropriate in the workplace (Not Suitable For Work).

Recently, I was watching a biopic of a new upcoming beat that is perhaps the Future of South African music. It goes by the name Gqom or if you like simply pronounced as “Kom” Music.  I was rather intrigued by the hype that this new South African street anthem is raising in the entire South African nation. Anyone that follows African musical trends as well as I do, knows very well that you can’t separate African music from the African culture. The diversity in African cultures and music is quite remarkable. This explains why almost every country in the black continent has their own new beat almost every year.

What is Gqom music?

So what really is Gqom music?  A simple Wikipedia search will tell you that this music style is an auxiliary version of South Africa’s House music. This is easily perceptible since both genres share a common rhythm. However, in the case of igqom, the beats are somehow similar to West Africa’s Afrobeat. Remember, Olamide’s street song “WO”, Gqom music picks up a similarly fast-paced rhythm, only this time it has a touch of the South African accent.

Where was Gqom music invented?

It is believed that this upcoming street beat was first played in SA’s Durban city in KwaZulu Natal. Producer Citizen Boy is thought to be the chief mastermind of this contagious beat. Citizen Boy is a renowned South African music producer and member of the Mafia Boyz group.  Being an electronic beat, qgom music is fairly easy to produce. This explains why major DJ’s in South Africa such as Cruel Boyz, Da Deejay and TLC FAM have readily embraced this new musical trend wholeheartedly. If I were, to be honest, this beat is pretty contagious. The first time I listened to a Gqomu track, I found myself dancing even before the singer could utter a word. 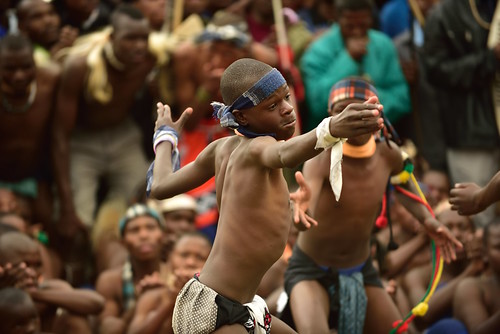 Which are some of the best Gqom songs today?

Some of the best songs under this genre include: 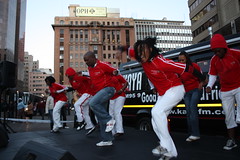 How to produce Gqom music

In actual fact, this music genre is quite easy to produce. Using simple computer production tools like FL studio and a reliable set of midi controllers, you can make your first Qgom beat in no time. If you are familiar with Electronic dance music (EDM) then this beat isn’t any different from EDM music. Most DJ’s in South Africa are already producing their own variations of this beat in form of freestyle dance beats.

Earlier on, Grime used to be all the rage, but through the internet, its successor (gqom music) has spread far and wide.  You could try downloading some instrumentals for this genre and strip them up in order to understand exactly how the beat pattern works. Personally, I think Gqom music is ingenious and apart from being our partying beat, it is an exhibit that Africa is the home of creative people.

CroonZone was built for the love of music. Talk to our team by sending an email to [email protected]

All material published on this website is copyrighted unless stated otherwise.

Great minds at work
Back to Top
Close
close